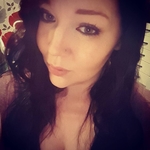 We'll take your comments on and I'll remind Fire to look at this in a while.
I do however encourage you to join our discord and go to the #suggestions channel and make a suggestion for what you want to change. And then encourage other people to upvote it. Fire reads through all of these suggestions and votes shows us more of what the community would want.
Much love
Jasmine
Top
Post Reply
2 posts • Page 1 of 1