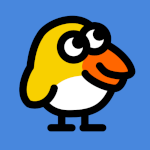 Which Admin Punished You: Monoshade/PastaStalin

How long they punished you for: 3 days, later indefinitely

Reason why they punished you: leading slender boss towards other players/doxxing

Reason why you think this punishment is unfair/uncalled for/biased, etc.:
I was accused of leading bosses back to other players. I believe that the admin who banned me for this was mistaken at what had happened. The map being played at the time was slender_xenoverse_v3b, which consists of only a single, narrow path players can traverse, with no alternate routes backwards or forwards.
I was being chased by two bosses that had spawned further forward in the map than myself, forcing me to make my way back the way I came to escape. This led to me inadvertently run into other players who were a large distance behind myself. I was unaware that they were further back than myself, nor did I even know they were there. The great distance between myself and said players making it impossible for me to know. I feel that the admin misread both my actions and the current circumstances as me intentionally attempting to get other players killed, instead of simply trying to out run multiple slender bosses.
My 3 day ban was later updated to a permanent one. I have been accused of doxing by a second admin. I am not sure why this ban was put in place due to the fact that I have never attempted to uncover the personal information of anyone I have played with on the DISC-FF servers. Nor have I ever threatened another player on the DISC-FF servers with doxing. If any staff members has decided to impose the ban due to the screencaps on my steam profile, please know that not only did the events surrounding the bans not occur within the DISC-FF community; but that the doxes themselves never contained any personal information of those I had been accused of doxing.
The admin who imposed said ban, Nightly of Otaku.tf, later retracted the ban. This was after I provided him with information showing that the apparent doxes, was instead made up of fictional and nonsense information made only to scare the target of said fake dox. I have provided the URL of the ban in Sourcebans, which had been lifted after I was able to prove this to him. I can also get in contact with Nightly if you would like him to confirm what I have written in this appeal. I have not doxed anybody, I have never attempted to dox anybody, and such claims have been made from disproven information. The screencaps on my profile are only there as to make myself appear more opsec savvy and scarier than I actually am.

Reason why we should remove the punishment: The first cause for the ban was imposed by an admin who mistook myself running from bosses as me attempting to get other players killed. The updated cause was handed down for an infraction that did not occur on a DISC-FF server, and has been shown to have never occured at all.
Top

To start with, I banned you first for luring the bosses after watching you, and you had even admitted it in the voice chat, saying "That guy deserved it" or something like that, though I do not have video evidence so that is not something I can prove.

However, your permanent ban is something that I, and many others, believe you deserve. You've had an extensive history of harassing players on DISC-FF and other servers. Not only that, you've doxxed players on other servers as well.

Your ban on Otaku.tf does not matter in this case, as you have been permanently banned on District: Zen for a similar reason, and that ban was never lifted.

When questioned about your ban on District: Zen, you had the gall to deliver these responses:
Spoiler

Again, you have a history of harassing and doxing players on here and elsewhere, and your profile shows that you don't even care about it and fully intend to cause the problems that you do. I, and many other admins here, see you more as a threat to this community than a regular player.

Your ban will stay.

Appeal denied. Locking.
If you have map suggestions for the DISC-FF Surf server, then you can ask me. I will set them up for you.