Server on which the rulebreaking occured: SCP

Proof: Attached demo file, ticks 130000 through 132000 show some twitchy behavior. Ticks 150000 through 152000 show some more of the twitchy behavior, where even though those shots are clearly missing they aren't following the reticle at all, hitting the zombie. This player also killed 4 d-class solo as a guard with massive efficiency and similar aim and twitch displayed. The video clip was recorded right after Bisho stopped his demo tape, however I am currently struggling to upload it. (Also, as a side note, their community page seems to indicate a history of hacking, look specifically at the comments)

(I will reiterate I have other evidence if needed, but the upload process keeps getting interrupted by internet troubles) 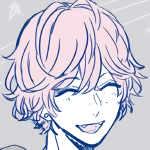 I recorded the demo. King Doggo was indeed hacking. He could take down people from very far away (even with the fog), and his crosshair was, most of the time, locked on the target. He went directly to the rooms where people were. He also killed a Scientist by doing a backwards-crouching 360° as SCP-173.

I started to sus on him when he killed 4 Class-D, including me, in SCP-106's Chamber next to the femur breaker. He shot us from the bridge connecting the control room and the entrance to the chamber. You can't shoot down directly because there is fog, however he shot us down with extreme efficiency and then I thought he had some sort of toggle-able aimlock/aimbot.

After some rounds I noticed he went directly to people (mostly as SCP) without checking any other rooms, like if he knew where people were at, so I suspected he also had wallhacks.

However it seems the community link is not valid anymore, so I did some search and found them again:
Steam Community Link: https://steamcommunity.com/id/NCC_puppy
Steam ID: STEAM_0:0:552186755

If there's anything else I can do, feel free to reach me out.
Last edited by Bisho on Sun Jul 05, 2020 4:31 am, edited 2 times in total.
Jasmine: Just to let you know. I just had a f'ing rant about how much I hate you B.
Ignatious: I don't know what you were thinking there Theo. Perhaps you weren't.

User has been banned, thread can be closed.
Jasmine: Just to let you know. I just had a f'ing rant about how much I hate you B.
Ignatious: I don't know what you were thinking there Theo. Perhaps you weren't.

Users browsing this forum: No registered users and 3 guests